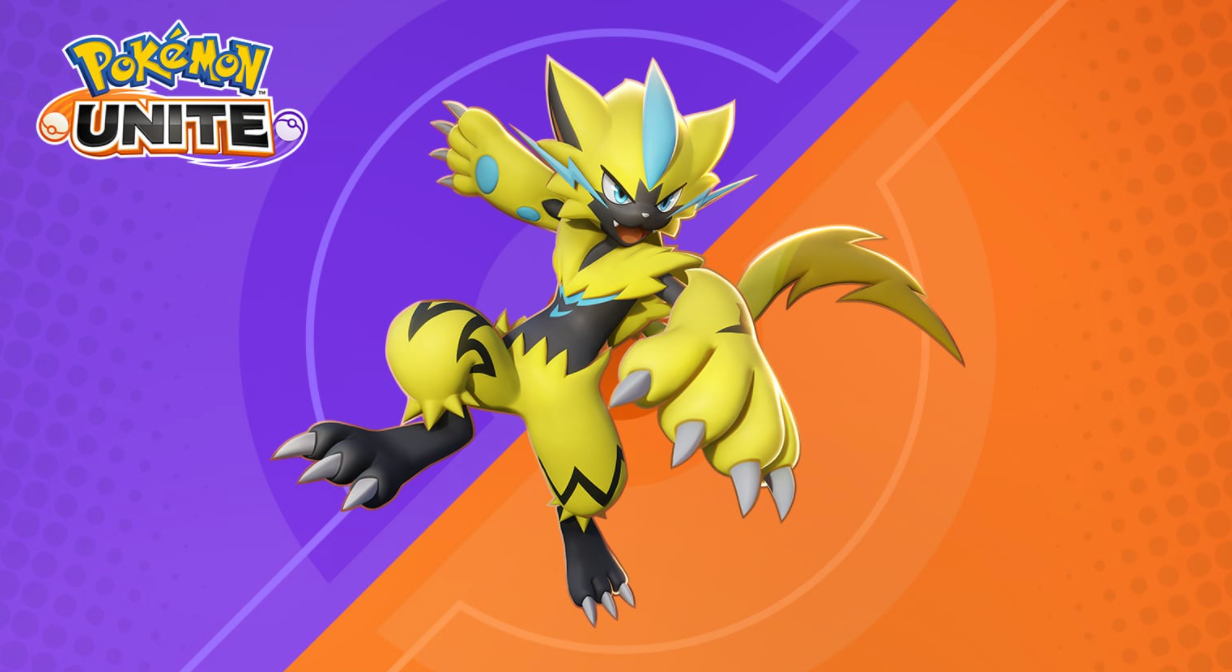 Pokemon Unite, the first MOBA for the series, will release on July 21 for Nintendo Switch, The Pokemon Company has announced. Additionally, it was announced that everyone who logs into the free-to-play game by August 31 will get Zeraora to use. The freebie offer will eventually be available on mobile when the game is released there.

Zeraora is an electric-type Pokemon that can do “massive damage in the blink of an eye.” Zeraora’s special Unite move emits an electric blast that puts out plasma.

Pokemon Unite is also coming to mobile devices, but not until September. There will be cross-play between the Switch and mobile editions of the game. Cross-progression is available, too, by logging in using your Nintendo Account or Pokemon Trainer Club account.

Pokemon Unite is set on Aeos Island, which is the home to the Unite Battle Committee. This group organizes Unite Battle tournaments that players take part in. Teams of five battle against each other to rack up the most points before the clock runs out.

To get points, players gather Aeos energy by defeating other Pokemon and then putting the energy into one of the opposing team’s designated zones. There are multiple battle stadiums in the game, and each has its own unique rules that determine things like match length and what types of Pokemon will appear.

Pokemon Unite has a ranked matchmaking system that starts with the Beginner Cup and advances up to Master Cup. There is also a global leaderboard so you can see how your statistics match up with the rest of the playerbase.

You can dress their Pokemon in different clothing, and you can customize the look of their trainer, too, with different clothing and accessories. Pokemon Unite also has a seasonal battle pass that gets you various rewards for use in the game.

Pokemon Unite has an in-game shop that accepts three types of currency, including Aeos gems, which are paid for with real money. There are also Aeos coins and Aeos tickets. Coins and tickets are available simply for playing the game, and they can be spent on “licenses” that allow you to partake in the Unite Battles. There is an Aeos Emporium shop that accepts coins and gems where you can buy cosmetic items and more.

If Pokemon Unite doesn’t seem like your speed, The Pokemon Company is also developing a new RPG called Pokemon Legends: Arceus for release in 2022 on Switch.