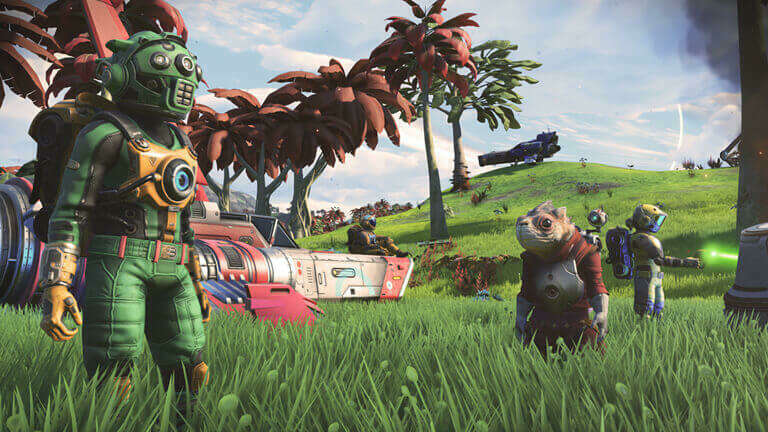 It’s a well-known story at this point that, for many fans, No Man’s Sky has gone from somewhat disappointing to resurgent success, largely through frequent free updates from developer Hello Games. It looks like those content drops aren’t done yet, either: Hello Games just teased another one coming that’s called Frontiers.

In a Twitter post, Hello Games included Frontiers at the end of a list of every update to come to the game so far. The post is accompanied by a sizzle reel of many of the past updates, with a title card at the end for Frontiers that confirms that it, too, will be free for all players. This is about the smallest tease possible, so we have no idea what it’s going to entail yet. But if it follows past named updates, it should contain a substantial amount of new content.

In addition, seeing all of the updates listed out in one tweet puts in context just how much work Hello Games has done on No Man’s Sky since its original launch. The game was originally released way back in 2016, but it has gained a devoted following by essentially becoming a live game.

It appears that the Frontiers expansion is the fifth anniversary surprise that Hello Games hinted at back in May. If it arrives this year, it’ll be the fourth named update to be launched in 2021; Companions was added in February, followed by Expeditions in April and Prisms in June.