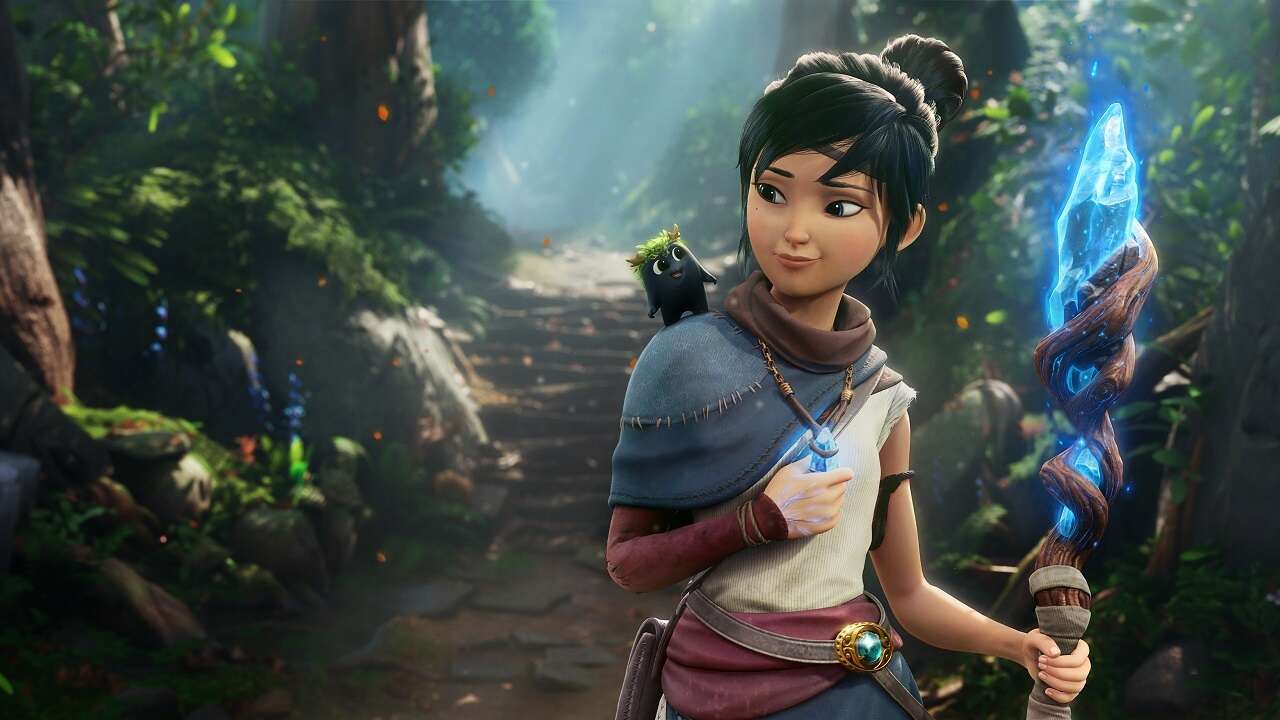 Ahead of its release this week, developer Ember Labs has released a launch trailer for Kena: Bridge of Spirits. In case you missed out on its debut during Sony’s June 2020 Future of Gaming PS5 event, Kena: Bridge of Spirits is an adventure game that mixes exploration and puzzle-solving with combat. As the protagonist Kena embarks on a quest to restore balance to an ancient village in a once-thriving environment, she’ll befriend tiny creatures known as Rot in her journey.

Not just cute critters, the Rot can disarm adversaries, unlock new skills, uncover secrets, and restore the beauty of the land as Kena fulfills her Spirit Guide duties. If players get attached to any of their Rot comrades, they’ll be able to grab a selfie with them in the game’s Photo Mode. Players can pause the game to set the characters up for a photography session, which includes outfitting the Rot with a wardrobe of optional hats before a snapshot is taken.

“We’re very excited to share the ‘Cheese!’ function in Photo Mode,” Ember Lab’s animation director Hunter Schmidt explained in a press release. “When players have set up their perfect photo angle, they’ll have the option to have the characters in the photo say ‘CHEESE!’ and strike a pose. Many characters have multiple poses, so you can snap a great variety of fun shots in the same location. I’m very excited to see what kinds of photos players will capture!”

On PS5, Kena: Bridge of Spirits will take advantage of that console’s gameplay guides function as there’ll be more than 200 Game Help videos available. Visually, the game can be played in Fidelity Mode’s native 4K resolution that runs at 30 frames-per-second or Performance Mode, which targets 60 FPS and has upscaled 4K resolution.

Kena: Bridge of Spirits also launches on PS4 and PC via the Epic Games Store on September 21. For more on the game, check out some behind-closed-doors gameplay that impressively mixes Kena’s world with fascinating narrative development.