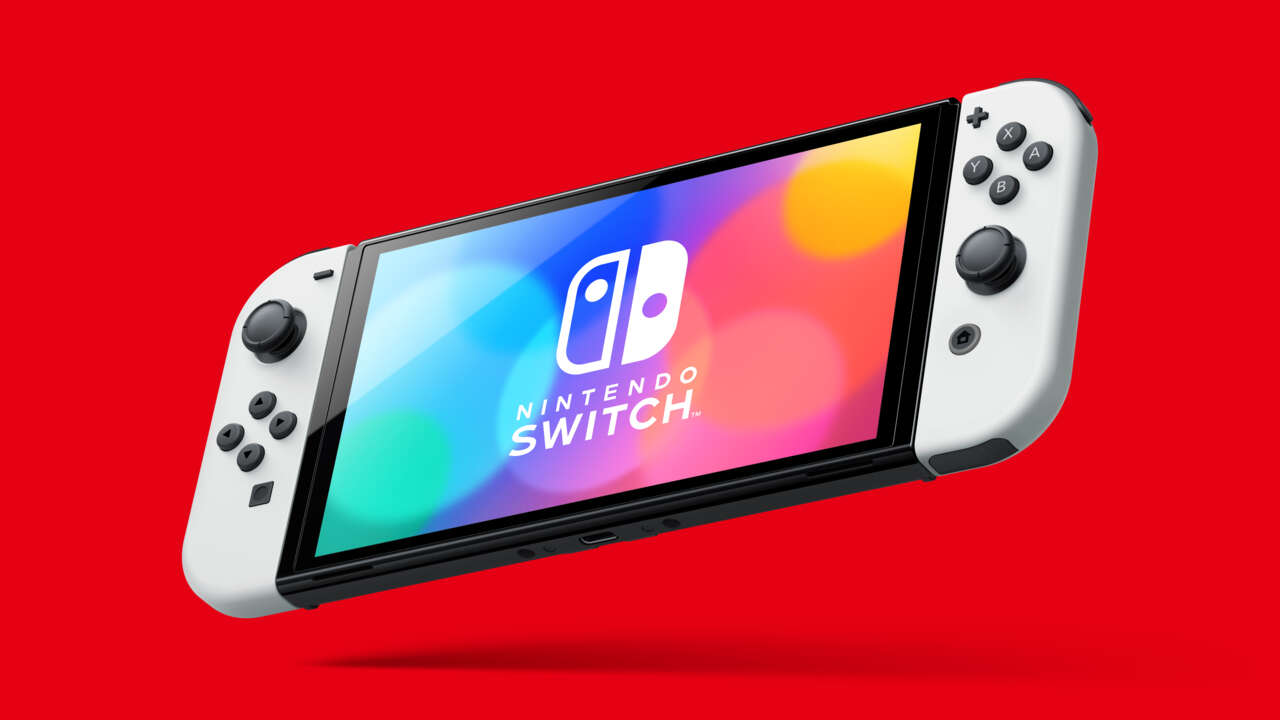 
In the four years since its debut, the Nintendo Switch has proven to be a popular and versatile platform that blends handheld and traditional console gaming sensibilities. But with the rumor mill churning out details of something new for the Nintendo Switch, there was an expectation set that we would see a substantially enhanced Switch on the horizon. However, the surprise announcement of the Switch OLED, an upgraded model of the existing device built on the same internal components, wasn’t quite the next step forward fans were expecting.

I recently got a chance to go hands-on with the new Switch OLED to get a feel for the new console and see its upgrades in person, which helped affirm what the Switch OLED is all about. Featuring a new OLED screen (which stands for organic light-emitting diode), improved audio, expanded internal storage, and a revised, glossy docking station with a built-in LAN port, the Switch OLED makes for a solid upgrade over its predecessors–which includes the standard Switch and the Switch Lite.

But let’s get this out of the way first: Is the Nintendo Switch OLED model a must-buy at $350 USD? Honestly, that all depends on your preferences for the Switch or if you’re a first-time buyer. If you’re expecting the OLED model to have a sweeping set of changes that transform the console into something new, then this upcoming device will disappoint. The experience of using a Switch OLED is essentially one-to-one with what’s out there. Along with no changes to the console’s user interface and infrastructure, it also has peripherals that are interchangeable with the standard Switch model. So if you have Joy-Con controllers that you want to keep or stick with the current docking station with the two USB ports, you can certainly use them with the OLED model.

From my hands-on session–which we unfortunately couldn’t capture on video–it was clear that the OLED model helps bridge the gap between the handheld and docked experiences, amping up the experience of playing the Switch as a handheld. I brought my current launch-era Nintendo Switch and PS Vita (which also features an OLED screen) to make side-by-side comparisons. It was evident that the OLED model is a noticeable improvement compared to both devices.

The original Nintendo Switch uses a 6.2-inch LCD screen, and the Switch Lite has a 5.5-inch LCD screen, while the new model has a 7-inch OLED screen. Compared to the Switch and Switch Lite, the OLED model better displays light and black levels, which presents a more vivid and illuminating picture that looks clear, bright, and stunning in motion. Right from the jump, the new OLED screen is very bright, but not to the point of it being distracting. Playing The Legend of Zelda: Breath of the Wild–which was set at the opening, leading up to the reveal of the Hyrule landscape–the new display really brought a sense of vibrancy with the contrasting colors when overlooking the vista. When we jumped over to Mario Kart 8 Deluxe, the game’s 60 fps visuals looked incredibly smooth and sharp on the OLED display of the new model. While people who regularly play in docked modes with solid TV sets aren’t going to be blown away by the OLED model’s visuals, this still makes handheld mode look better than it ever has. It honestly made me interested in seeing how my other favorite games, like Bayonetta 2 or Smash Bros. Ultimate, would look on the new display.

The enhanced audio also adds a lot to the sense of ambiance to the games I played, which also included the Clubhouse Games collection. Compared to the original Switch’s smaller speakers, the enhanced audio speakers on the new model are much larger, improving the audio while playing in handheld mode. It was quite loud at times, which could make the OLED model more viable for when you’re playing the console in public with friends or in solitude.

The OLED model also has other slight improvements and additions that give the console a better-optimized design. Furthermore, the SD card slot has been altered, which now appears on a slope to remove and insert cards a bit easier. The OLED model will have two SKUs: one with a black and white color scheme with a white dock and another with the traditional neon blue and red design with a black dock.

The key areas in which the Switch OLED sees improvements are focused on the handheld experience. While the handheld mode is convenient, it also offers less than perfect conditions for experiencing certain games compared to playing it docked. While I often prefer to play Switch games in the handheld mode, there are times where I do play games in the TV mode, which allows me to get a better sense of a game’s visuals and performance. Unfortunately, the significant improvement here being the OLED screen means the main benefit of the new model will be lost when playing in docked mode

While people who regularly play in docked modes with solid TV sets aren’t going to be blown away by the OLED model’s visuals, this still makes handheld mode look better than it ever has.

While it was disappointing to have it confirmed that the Switch OLED wouldn’t offer much for players who prefer docked mode, I still came away from my brief hands-on with the new model largely feeling relieved, left with the impression that the OLED model offers the best Switch handheld experience available. While most people may feel inclined to compare the OLED unit with the standard Switch model, the newer device does have more in common with the Switch Lite when it comes to having a more developed focus on handheld mode. Whether you decide the Switch, the Switch Lite, or the Switch OLED is right for you is ultimately up to what your preferences are and what you would want to get out of the console.

The new improvements that the OLED model offers for the Nintendo Switch punctuate what makes the handheld console such a fantastic device. The upcoming version follows a familiar Nintendo tradition of producing improved models for existing platforms, much like the Game Boy Advance SP and the New 3DS XL. The Switch OLED is a clear improvement upon the current iterations of the console, elevating the platform’s strengths for portability and flexibility. With that said, is it a necessary upgrade for those who are already comfortable with their Switch? Not necessarily. But I cannot deny that I was impressed with the subtle changes and improved presentation that the OLED model offered.

Given the discourse surrounding its reveal, the Nintendo Switch OLED presents a question to consumers–which prompts one to think about their value with the current Nintendo Switch. The new OLED model for the Switch is not the true successor for the console, and that’s OK. Despite being comfortable with my current console, I can still see myself making the jump for this new and improved model because of how well its new presentation works. The improved handheld experience does present an enticing offer to trade up to a new model, but I won’t feel too much of a hit with FOMO if I ultimately decide not to.

With all that said, go buy Metroid Dread when it releases alongside the new Nintendo Switch OLED. Please.