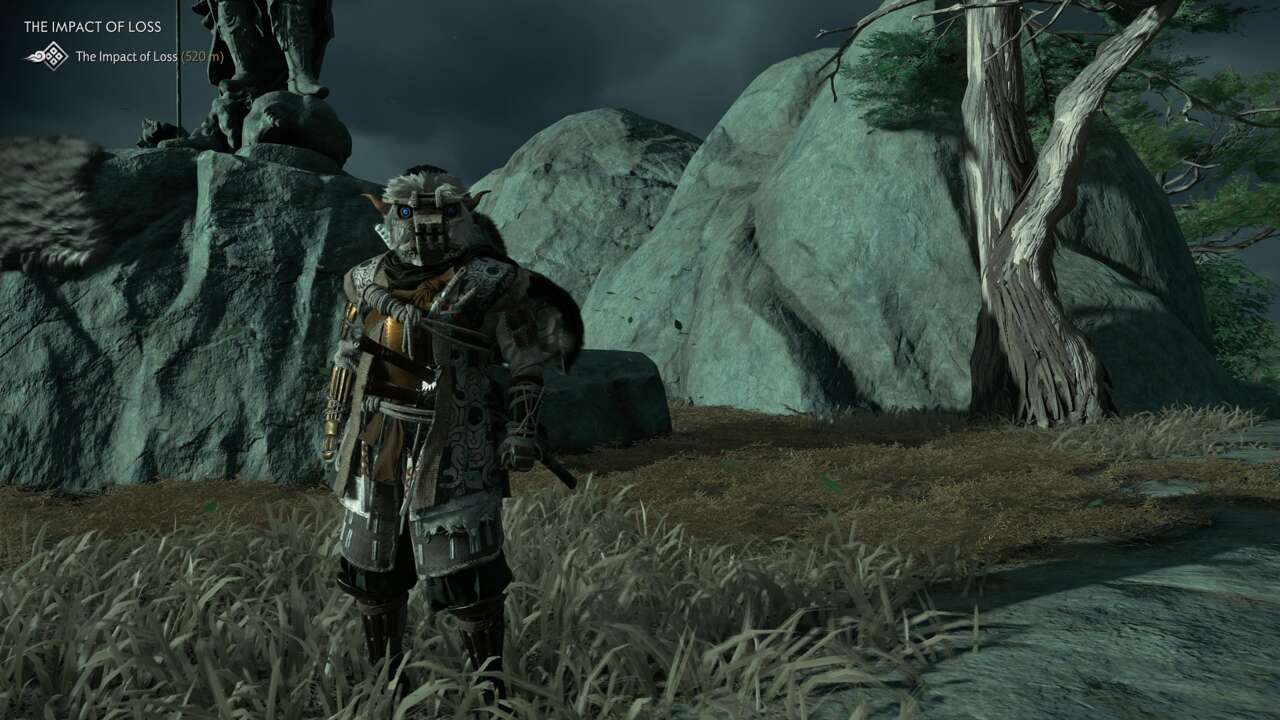 The three biggest Easter eggs reference some classic PlayStation exclusives: Shadow of the Colossus, Bloodborne, and 2018’s God of War. Each has its own dedicated shrine you can find as you explore Iki Island, and each will reward you a cosmetic suit of armor that was previously only available in the Ghost of Tsushima’s Legends mode, if you’re willing to solve some puzzles (or look up their solutions).

Here’s a quick look at the Easter eggs you can find and the rewards you’ll unlock if you manage to solve their puzzles. If you want to figure them out on your own, stop reading now.

There are three “forgotten” shrines located on Iki Island, each of which references the game worlds and stories of a famous PlayStation game. Their names give some hints as to what you’ll find in each one: the Blood-Stained Shrine recalls the hunt of Bloodborne; the Shrine in Shadow gives the feel of the central temple in Shadow of the Colossus; and the Shrine of Ash is the home of birch trees like those that grow around the home of Kratos and Atreus in God of War.

Each shrine also includes a poem referencing its game, which provides clues to the puzzle you can solve within.

Located on the west side of the island, the Blood-Stained Shrine is full of loud, irritating crows and their feathers, with a mural that depicts Yarnham’s orange moon and the Moon Presence it hides.

Venture into the shrine and you’ll discover a scroll that includes a poem referencing the story of the game.

“The first green of spring

plagued by blood and beast.

Complete the shrine and you’ll earn the Yarnham Helm and Yarnham Vestments armor cosmetic, both of which recall the armor of Eileen the Crow, one of the Hunters you can meet in Yarnham during your journey.

Check our Blood-Stained Shrine guide for more about how to find the shrine and solve its puzzle.

The Shrine Of Ash

You’ll find the Shrine of Ash on the east side of the island. The shrine is littered with chains, a reference to our man Kratos and his Blades of Chaos. The birch trees present are those found surrounding Kratos’ home at the start of the game, and near the center of the shrine, you’ll find one with a glowing orange handprint–just like those marked by Freya in God of War. There’s also an axe embedded in the tree, recalling Kratos’s work felling a few of them at the start of the game. It’s just a regular working axe, though, and not the super-cool, magical Leviathan axe Kratos wields in the game.

The shrine’s poem is all about Kratos and Atreus’ relationship, while also feeling a bit relevant to Jin’s story. His journey to Iki Island is all about Jin dealing with the memories of his father, who died during a military campaign on the island, an event that has left Jin feeling guilt and shame for years.

“In fall, a tree fruits

which grows from seed to sapling,

a stranger and son.

Show him the strength of your blade.”

If you solve the shrine’s puzzle, you’ll get the Helm of War, Spartan face mask, and Ghost of Sparta armor cosmetic for your trouble, allowing you to cosplay as Kratos as you adventure across Tsushima.

Our Shrine of Ash guide can help you to find the shrine and solve its puzzle.

The Shrine In Shadow

Located to the south of Iki Island, the Shrine in Shadow is the toughest of the three to reach, much like the land of Shadow of the Colossus itself. Reach it, and you’ll find a huge mural painted on the base of the statue at its center–the symbol that marks the weak points on the huge colossi you battle throughout that game. The base of the statue is also adorned with huge fur pelts, as if they were skinned off the colossi, and fans of the game will remember using those patches of fur to climb the huge beasts in order to administer the killing blows to bring them down.

The poem is a somber remembrance of Shadow of the Colossus’s story:

Nor the colossus that was

felled to save one soul.

a ghost casting no shadow.”

Completing the final shrine’s puzzle gets you the Mask of the Colossus and the Armor of the Colossus cosmetic, which recall both the look of the huge colossi from the game, and the armor and ceremonial robes worn by protagonist Wander and the soldiers and priests who pursue him.

Use our Shrine in Shadow guide to find the shrine and solve its puzzle.

When Ghost of Tsushima came out in 2020, it included pretty involved Sly Cooper and Infamous Easter eggs that triggered a secret Trophy, paying homage to two of Sucker Punch’s other well-loved series. Iki Island gets its own Sly Cooper nod, but this time, it’s hidden in a cave off the beaten path, and you’ll have to be familiar with the series to get it.

Find the particular cave in the Buddha’s Footprints region and you’ll uncover this painting, featuring a raccoon, hippopotamus, and turtle. It’s a reference to Sly (the burglarizing raccoon) and his pals Murray (the hippo) and Bentley (the turtle).

The nod to Infamous is similarly hidden, located on the path up the towering Saruiwa mountain. Find a path where you can climb down from the trail that leads toward the summit, and you’ll find a mural depicting a samurai version of Infamous protagonist Cole MacGrath.

The samurai version of Cole even depicts him with his signature weapon, the Amp, and arcing electricity.