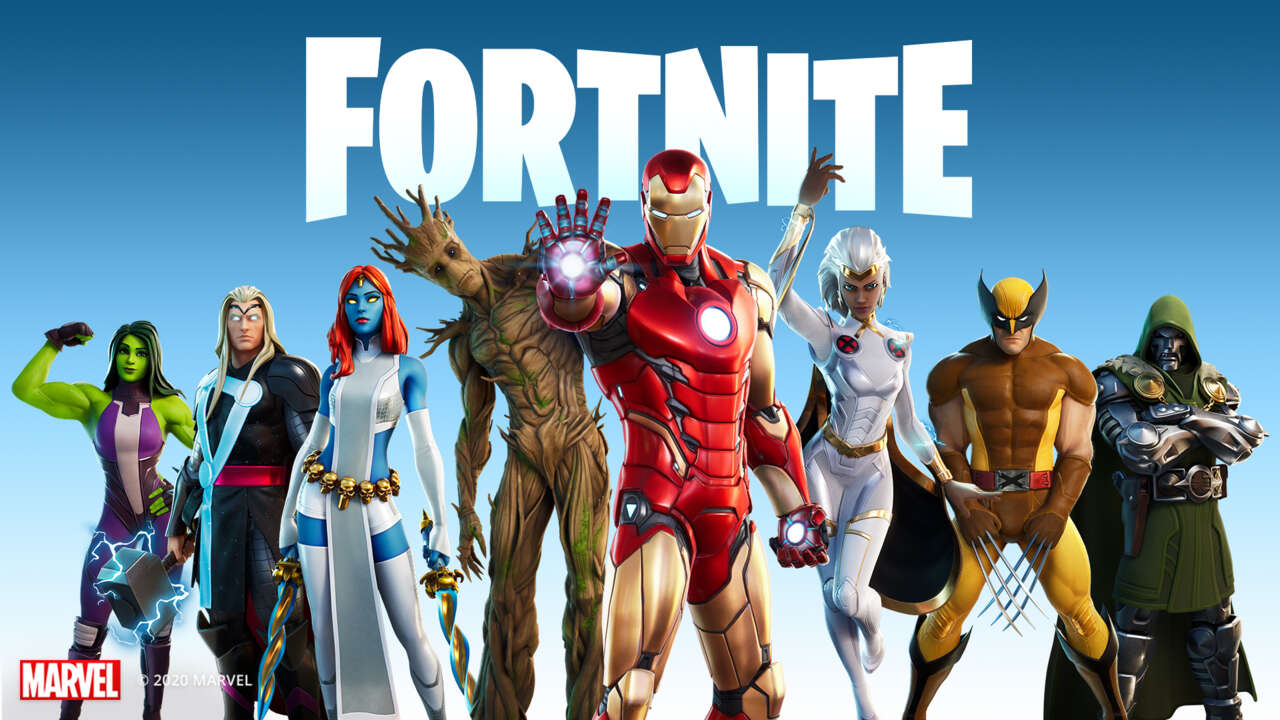 
The world of Fortnite Marvel skins is, like the game itself, ever-expanding. It’s to be expected given that Fortnite and Marvel represent two of the biggest brands in video games and movies respectively. There have already been dozens of Marvel-themed in-game outfits, or “skins,” as well as boss battles, easter eggs, and so much more.

Most excitingly, we’ve apparently only seen the tip of the iceberg with regard to the collaboration potential between Fortnite and Marvel Comics. According to Epic Games chief creative officer Donald Mustard, the Fortnite and Marvel crossovers will continue long into the future, and 2020’s all-Marvel Fortnite Season 4 was just the first major wave of this elongated rollout.

Call it what you’d like–the metaverse, brand synergy, or just clever advertising for whichever major Marvel vehicle is hitting theaters or Disney+ at any given time, but there are no brakes on this ride. Not even Spider-Man could stop this train.

Speaking to the hosts of the This Week In Marvel podcast back in 2020, Mustard said the roadmap is planned for ahead for Fortnite and Marvel: “This is just the start. This is the start of lots of stuff we have planned for many years in this Marvel integration. Like, this is not the end. This is the beginning.”

Since then, we’ve seen even more collaborations between the two mega-brands that have included things like Guardians of the Galaxy’s Gamora, the god of mischief, Loki, featured in the Fortnite Crew subscription, and the Mad Titan himself, Thanos, return to the game for the first time in three years.

While the list below will be updated whenever more Marvel heroes and villains debut in Epic’s platform of the century, note that a few characters remain painfully off the list to this day. Most wanted of all is Spider-Man, who is likely planned for some time in the future and will be given a red carpet rollout, no doubt. Other major characters like The Incredible Hulk, Miss Marvel, and Dr. Strange haven’t been revealed yet either, while Drax is the last Guardian to not yet appear in Fortnite.

For now, take in this nonetheless massive list of Marvel icons already in Fortnite, and be on the lookout for the next time they hit the rotating, limited-time Item Shop. We’ve listed the characters in chronological order starting with the newest skins at the top.

Every Fortnite Marvel Skin So Far

^ part of a previous Fortnite Crew Pack, no longer available for purchase

* part of a previous battle pass, no longer available for purchase