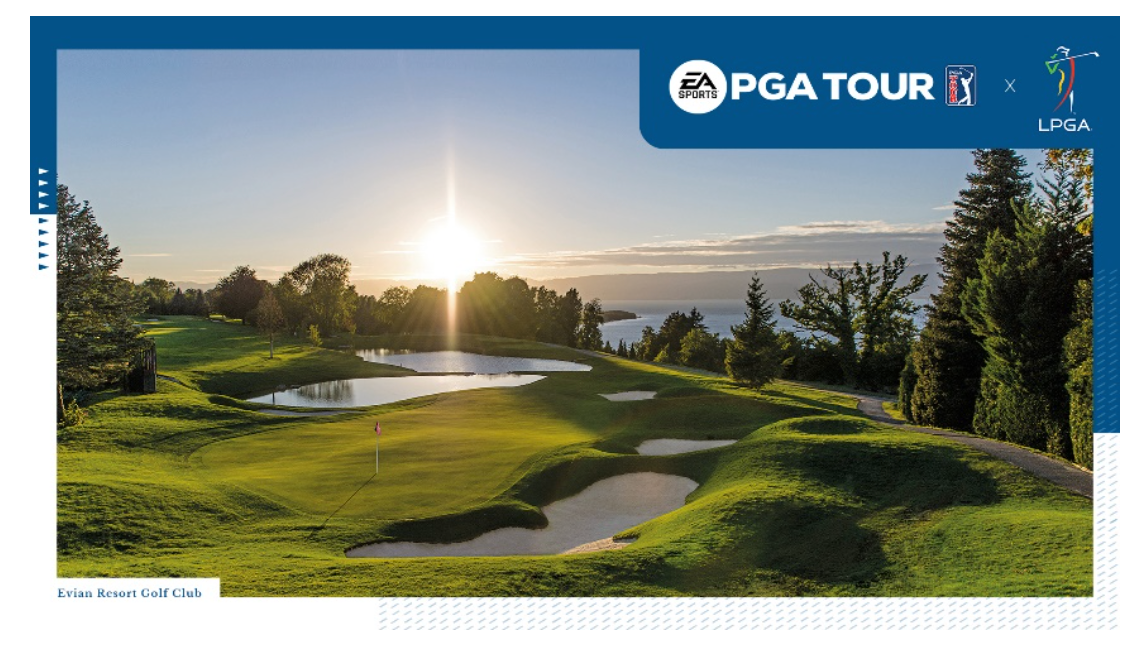 The Amundi Evian Championship in Évian-les-Bains, France–which is one of the LPGA’s five Majors–will be featured in the upcoming golf game, which launches in Spring 2022. The real-world tournament takes place this week. This is the first time that the event has ever been featured in a video game.

Tiger Woods PGA Tour 14 featured the LPGA, but from the sound of it, this is a broader representation of the women’s game to be featured in EA Sports PGA Tour next year.

“We’re thrilled that the LPGA Tour is coming back to EA Sports PGA Tour especially with the inclusion of a major global tournament like The Amundi Evian Championship,” LPGA boss Brian Carroll said. “EA Sports has done a great job in continuing to expand female representation in the various modes throughout the game and featuring women’s golf in an authentic and modern way.”

In an effort to “create a more welcoming community,” EA’s development team worked with former pro golfer and current broadcaster Iona Stephen. She joined EA’s larger “creative council” to help shape and inform the game’s audio, visuals, and more. Stephen will also be a commentator in the game.

“I’m incredibly excited that EA Sports PGA Tour laid out a vision to represent female athletes and the LPGA in the game,” Stephen said. “My goal in helping EA is to give women the satisfaction of playing a quality golf game while seeing themselves in a variety of ways that go beyond a handful of female character models.”

EA also announced that pro golfer Jin Young Ko–the defending champion of the Amundi Evian Championship–will be included in EA Sports PGA Tour as a playable character. “Women’s golf is growing so fast and having us included in this game is a great opportunity to reach fans all around the world. I can’t wait to see how it turns out–and I can’t wait to play the game!” Ko said.

“Several” other LPGA players will be featured in EA Sports PGA Tour, while you’ll also be able to create a female golfer in the game.

In addition to The Amundi Evian Championship, EA Sports PGA Tour will have all four PGA Tour Majors, including the Masters, PGA Championship, US Open, and The Open, along with The Players Championship and the FedExCup Playoffs. A full roster of playable characters has not been announced yet, nor have we seen any images or gameplay for the title.