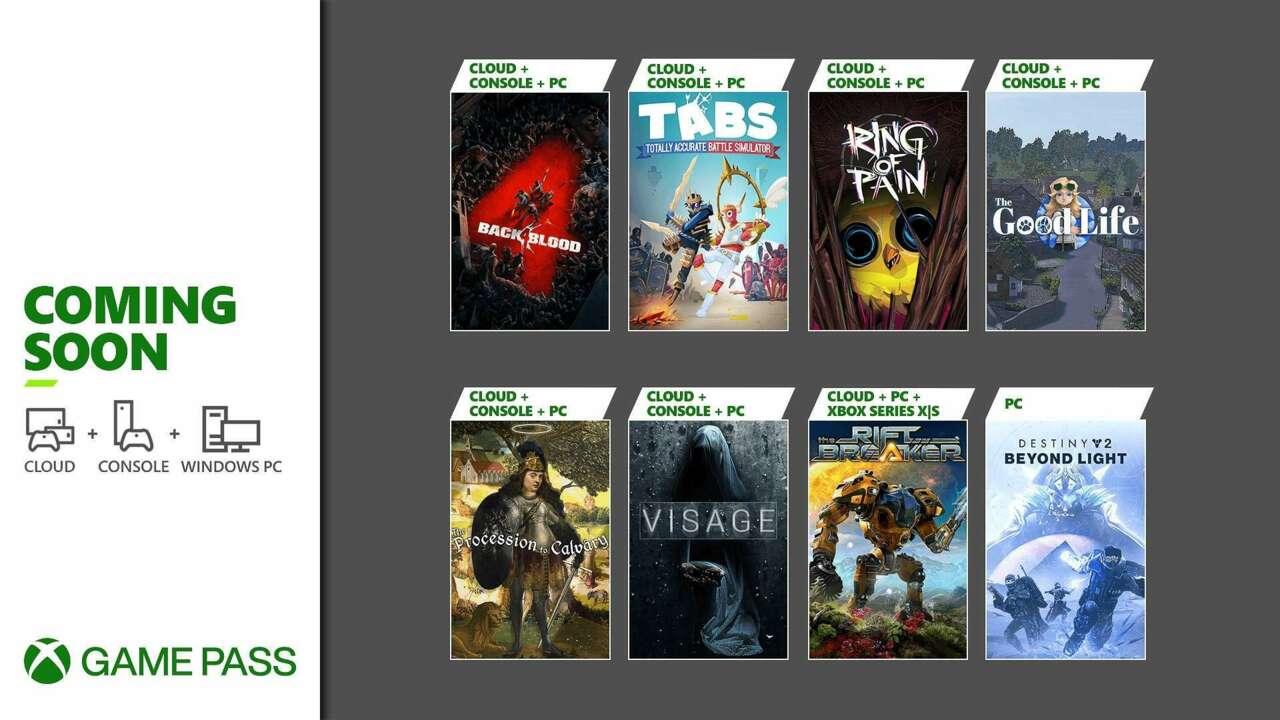 
Microsoft has announced the initial Xbox Game Pass lineup for October, and it includes eight games, one of which is available right now. Microsoft also disclosed the list of titles leaving Game Pass on October 15–read on to see all the games coming to and leaving Game Pass.

Left 4 Dead developer Turtle Rock’s four-player co-op shooter Back 4 Blood launches on October 12 for Game Pass on console, cloud, and PC, while Destiny 2’s Beyond Light expansion launches for the PC version of Game Pass that day as well.

Another day one release for Game Pass this month is The Good Life, which debuts on October 15 across console, cloud, and PC. This adventure game features a journalist who takes a job to uncover a mystery in a small English town… and things do not go to plan.

In terms of games leaving Game Pass on October 15, these include Katana Zero, Scourgebringer, Heave Ho, and more. You can see the list of titles coming to and leaving Game Pass for October below, but note that Xbox normally announces a second wave of Game Pass titles mid-way through the month, so keep checking back for more.