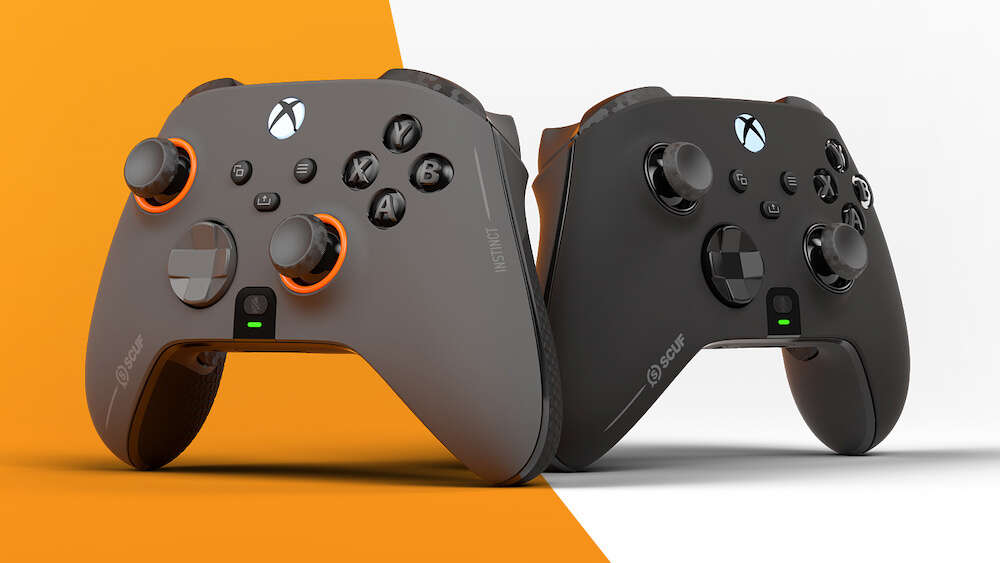 
The latest high-end controllers from Scuf Gaming were designed specifically with the Xbox Series X|S in mind. The Scuf Instinct and Scuf Instinct Pro combine the excellent form factor of the Xbox Wireless Controller with a bevy of customization features and flourishes that make them particularly notable for competitive gaming. The Instinct Pro is every bit as premium as the Xbox Elite Series 2 Controller, and it even outperforms it in terms of ergonomics and certain customization options.

Scuf is offering two separate models: the Instinct for $170 and the Instinct Pro for $200. Yes, that means the Instinct Pro is even more expensive than the Elite Series 2. While I didn’t have the chance to test the standard Instinct, the features it’s missing are some of my favorite aspects of the Instinct Pro. For the extra $30, you get a textured, high-performance grip that far exceeds the feel of the conventional Xbox Wireless Controller and is on par with the Elite Series 2. The Instinct Pro also has optional instant triggers (Elite Series 2 does as well), which lock the triggers in place and allow you to simply tap lightly to “pull,” which is an especially useful feature if you play first-person shooters.

Note: For the rest of this review, the “Instinct” refers to both models.

Not only does the general shape of the Instinct live up to the high standard of the Elite Series 2; it also surpasses it in one key area. The Instinct has four back paddles-two on each side–built into the controller. They more closely resemble triggers than traditional controller paddles, but they serve the same purpose. These paddles are positioned in a clean layout that makes it easy to press each one of them without sacrificing comfort or moving your fingers in an awkward fashion. One of the only complaints we’ve had about the Elite Series 2 is that it’s fairly uncomfortable when you have all four paddles attached. Essentially, the Elite Series 2 is at its best when you only use two paddles. With the Instinct, all four built-in paddles are in play at all times. The Instinct’s paddle layout also surpasses Scuf’s Prestige controller, which suffers from a similar comfort flaw as the Elite Series 2 when all four paddles are attached.

Scuf smartly retained the same exact layout for all of the conventional Xbox Wireless Controller buttons, and the Instinct even has the new Share button, so you’re not losing anything of note by ditching Microsoft for a third-party brand (Scuf’s Prestige controller doesn’t have the Share button).

The Scuf Instinct is mightily impressive even without any adjustments, but as a high-end gaming controller, it’s not surprising that it gives players the freedom to tinker with the layout. The magnetic faceplate, which is available in a myriad of color schemes and designs, easily pops off without using any tools. From there, you can swap out the thumbsticks and D-pad. The Instinct comes with an extra pair of longer analog sticks that have flat tops with a different feel than the standard concave analog sticks. You can also remove the eight-directional D-pad, revealing an old style, four-way D-pad. The only thing really missing here is the ability to adjust the layout to PlayStation-style with parallel analog sticks, though that’s understandable given how it would essentially require a new chassis.

Beyond altering the actual build of the controller, you can customize inputs on the fly with the help of the Profile button on the back. The Instinct supports three profiles that can be cycled through and remapped without needing additional software.

Scuf will sell additional faceplates and analog sticks separately for those who want customization beyond what’s included in the box.

Where it falls short of the Elite Series 2

The Scuf Instinct is a wonderful high-end controller that doesn’t really have a downside from a design or performance standpoint. However, that doesn’t mean it’s better than the Elite Series 2 in every way. The Instinct lacks the adjustable stick tension that’s featured in the Elite Series 2. As someone who thinks the default stick tension for Xbox controllers–including the Instinct, which feels the same as the Xbox Wireless Controller–is practically perfect already, the omission doesn’t bother me.

The Instinct is missing a convenient feature, though: an internal battery. The controller uses AA batteries just like the Xbox Wireless Controller, whereas the Elite Series 2 is rechargeable and lasts for up to 40 hours on a single charge. Thankfully, Xbox controllers run for a long time on a pair of AAs; I’ve gamed for upward of 30 hours with the Instinct, and I’m still using the pair of batteries that came with the controller.

Is the Scuf Instinct worth it?

That said, if you’re looking for a controller that is highly customizable and loaded with features that make it a standout for competitive gaming, the Instinct Pro is arguably the best option for Xbox Series X, Xbox One, and maybe even PC.

Though I didn’t try the standard Instinct, I’d recommend opting for the Instinct Pro. If you’re going to spend a huge sum of money on a controller, paying the extra 30 bucks to get a better grip and instant triggers is worth it.

The Instinct is one of the best third-party controllers I’ve ever used. While it looks like a stylish Xbox Wireless Controller from the front, it has incredible ergonomics, four easy-to-use back paddles that can be remapped instantly, and a simple way to swap out thumbsticks and the D-pad to fit your personal preferences. Yes, the Instinct Pro is very pricey at $200, but this is one of the rare premium gaming controllers that feels like it’s actually worth its steep asking price.